The Reason Chinese URLs Are Often Long Strings of Numbers 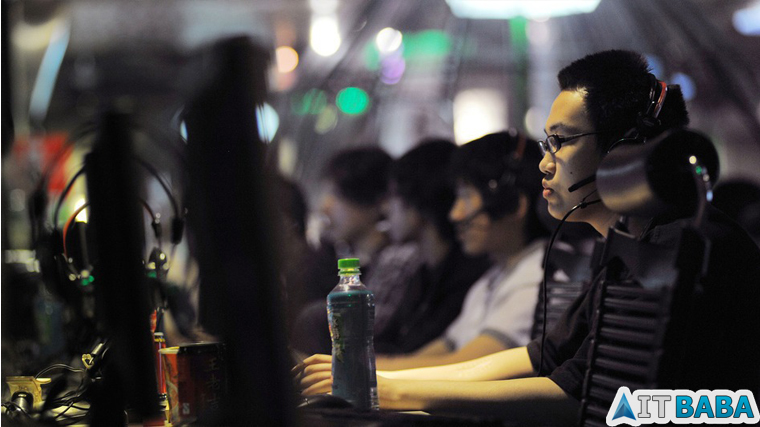 An American friend living in Beijing once said she refused to communicate with anyone whose email address consisted of a string of numbers, such as 62718298454@163.com. This made sense to me at the time—why make email addresses as difficult to remember as phone numbers? But I soon realized that issuing a blanket ban on number-based communications would mean cutting off just about every single Chinese person I knew. In the U.S., you really only have to remember two long numbers, ever: Your phone number and your Social Security number. In China, you’re constantly barraged by digits: QQ numbers (QQ is China’s most popular chat service), email addresses, and even URLs. For example, the massive online retailer Jingdong Mall is at jd.com or, if that takes too long to type, 3.cn. Check out 4399.com to see one of China’s first and largest online gaming websites. Buy and sell used cars at 92.com. Want to purchase train tickets? It’s as easy as 12306.cn. Why the preference for digits over letters? It mostly has to do with ease of memorization. To a native English-speaker, remembering a long string of digits might seem harder than memorizing a word. But that’s if you understand the word. For many Chinese, numbers are easier to remember than Latin characters. Sure, Chinese children learn the pinyin system that uses the Roman alphabet to spell out Mandarin words (for example, the word for “Internet,” 网络, is spelled wangluo in pinyin). And yes, Arabic numerals (1-2-3) are technically just as much a foreign import as the Roman alphabet (A-B-C). But most Chinese are more familiar with numbers than letters, especially those who didn’t go to college. To many, “Hotmail.com” might as well be Cyrillic. The digits in a domain name usually aren’t random. The Internet company NetEase uses the web address 163.com—a throwback to the days of dial-up when Chinese Internet users had to enter 163 to get online. The phone companies China Telecom and China Unicom simply reappropriated their well-known customer service numbers as domain names, 10086.cn and 10010.cn, respectively. Digits are even more convenient when you consider that the words for numbers are homophones for other words. The URL for the massive e-commerce site Alibaba, for example, is 1688.com, pronounced “yow-leeyoh-ba-ba”—close enough! Those digits can just as often have individual meanings. The video sharing site 6.cn works because the word for “six” is a near-homophone for the word “to stream.” The number five is pronounced wu, which sounds like wo, which means “I.” The number one is pronounced yao, which with a different tone means “want.” So the job-hunting site 51job.com sounds a lot like “I want a job.” Likewise, to order McDonalds’ delivery online, just go to 4008-517-517.com, the “517” of which sounds a bit like “I want to eat.” (An English equivalent might be the old radio jingle, “How many cookies did Andrew eat? Andrew 8-8000.”) This kind of number-language has become an infinitely malleable shorthand among Chinese web users: 1 means “want,” 2 means “love,” 4 means “dead” or “world” or “is,” 5 means “I,” 7 means “wife” or “eat,” 8 means “get rich” or “not,” and 9 means “long time” or “alcohol.” The numbers 5201314, for example, mean 我爱你一生一世,or “I will love you forever”; 0748 means “go die”; and 687 means “I’m sorry.” (See here for more examples.) Chinese has plenty of other number-based slang, such as erbaiwu, or “250,” which means “idiot,” or “38,” pronounced sanba, which means “bitch.” And of course there’s the association of certain numbers with good or bad luck, and the subsequent demand for addresses and phone numbers with lots of 8s (“get rich”) and minimal 4s (“die”). Back in 2003, a Chinese airline paid $280,000 for the phone number 88888888. Why don’t Chinese web addresses just use Mandarin characters? Because that’s a pain, too. The Internet Corporation for Assigned Names and Numbers (ICANN), which sets the rules for web addresses globally, has periodically hyped the expansion of domain names to include non-Latinate scripts, but Chinese web sites have yet to take full advantage. Some devices require a special plug-in to type in Chinese URLs, and even then it takes longer to type or write out characters than to input a few digits. Plus, for web sites that want to expand internationally but don’t want to alienate foreign audiences with unfamiliar characters, numbers are a decent compromise. Still, the numbers/letters divide is emblematic of the Internet’s built-in bias: Even more than two decades after its birth, it’s still a fundamentally American system. (Sorry, Tim Berners-Lee.) ICANN is an American non-profit corporation, though the U.S. recently agreed to hand it over to a “global multi-stakeholder community” in 2015. ASCII, the character-encoding scheme that was long used on most web pages, is short for the “American Standard Code for Information Interchange.” In 2012, the United States refused to sign an international telecommunications treaty, supported by both Russia and China, that would shift the Internet away from its current U.S.-centric form of governance. In other words, the structure of the Internet is a constant reminder of American digital hegemony, from WiFi standards to GPS. Even the “.cn” at the end of Chinese URLs comes from the English word for China, not the Chinese word for China. You can’t blame other countries for wanting to tell the American 250s to 0748. How To Use Social Media For Online Fundraising?