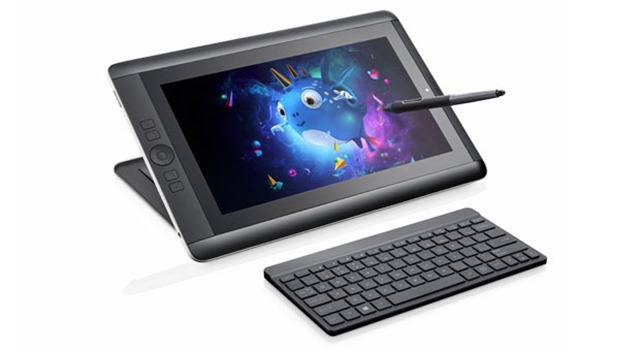 Wacom is most commonly known for making amazing graphic tablets in a variety of price ranges but this time it has introduced tablets, and those too for a very niche audience. The two tablets called the Cintiq Companion and the Cintiq Companion Hybrid run on Windows 8 and Android respectively and also cost an arm and a leg.

The Cintiq Companion is the more expensive of the two and runs Windows 8. It has a 13.3 inch Full HD display. Beneath the surface breathes a 3rd gen. Core i7 (sorry no Haswell) processor, along with 8 GB RAM and Intel HD 4000 GPU. The storage capacity amounts to 256 or 512 GB. The Wacom Pro-Pen stylus supports up to 2048 pressure sensitivity levels, a great thing for graphic designers and artists.

The price of this tablet is either $2000 or $2500, depending on the storage option you choose.

The Cintiq Companion is the more modest of the two and comes with Android. It also comes with a 13.3 inch display with Full HD resolution. Under the hood, you’ll get a quad-core NVidia Tegra 4 processor and 2 GB RAM, as well as NVidia graphics. The standout feature of this tablet is that it will be able to connect to your PC or Mac to be used as a second display for editing.

The tablets will be launched this October. They sure are expensive, not many will question that, but you really need to be a skillful artist or designer to make full use of them.

If you are someone who owns a Windows phone, you have probably noticed by now that the Facebook Messenger app, which is so prevalent on Android and iOS devices, is not available for your device. Don't misread me - Windows phones do have a version of Facebook Messenger built into their phones, but it can't do everything that the standalone app can on other phones, it just simply doesn't have all that many features built into it. For starters, you can't send pictures with your messages - and you can't participate in a group chat. The built-in version of Facebook Messenger also doesn't include the pop-out "stickers" that you can move around your screen when you're having multiple conversations with different people. In other words, it's boring. But not for much longer.

What Took Them So Long?

Since the Facebook Messenger app has long been available to devices running Android or iOS, it's perfectly reasonable to ask what took Windows Phones so long to get into the game. Maybe they simply believed that their built-in software was just as good as the separate app, I really don't know what their overall reasoning was. What I do know is that the app will be available for Windows phones within a few weeks, and this information comes straight out of the mouth of Joe Belfiore from Microsoft.

So soon, Windows phones will be able to do everything other smartphones are able to do, at least when it comes to Facebook Messenger.

Do you use a Windows Phone? If so, what does this announcement mean to you?